Hugh graduated from medical school at Victoria University of Manchester in 1993 before completing his specialist training in Obstetrics and Gynaecology with the Royal College of Obstetricians and Gynaecologists in London.

During this 11-year period, Hugh was trained in a range of medical disorders and cases relating to women’s health. He developed a specific interest in repairing injuries to the pelvic floor which can occur during childbirth. This medical research culminated in being awarded a Doctorate in Medicine from the University of Manchester in 2004.

Hugh was then awarded two UK scholarships which enabled him to travel to Queensland and complete advanced surgical training. While there, he visited Perth to present at a medical conference and immediately fell in love with Western Australia and the community that welcomed him. From this short trip, he knew he wanted to relocate with his family… the rest is history!

Since then, Hugh has based his private surgical practice out of St. John of God, Murdoch and has recently expanded his operations to a second centre at Bethesda Hospital in Claremont. Hugh runs his practice by focusing on what matters most: ensuring his patients achieve a safe and memorable childbirth.

He concentrates on the provision of informed free choice for women and their partners, with the ultimate goal being to share in the achievement of becoming a mother within a secure environment.

Hugh is a passionate and endearing professional who encapsulates what it means to be a caregiver at St. John of God. He is held in high regard among his peers and colleagues who consistently speak highly of his practice and character. 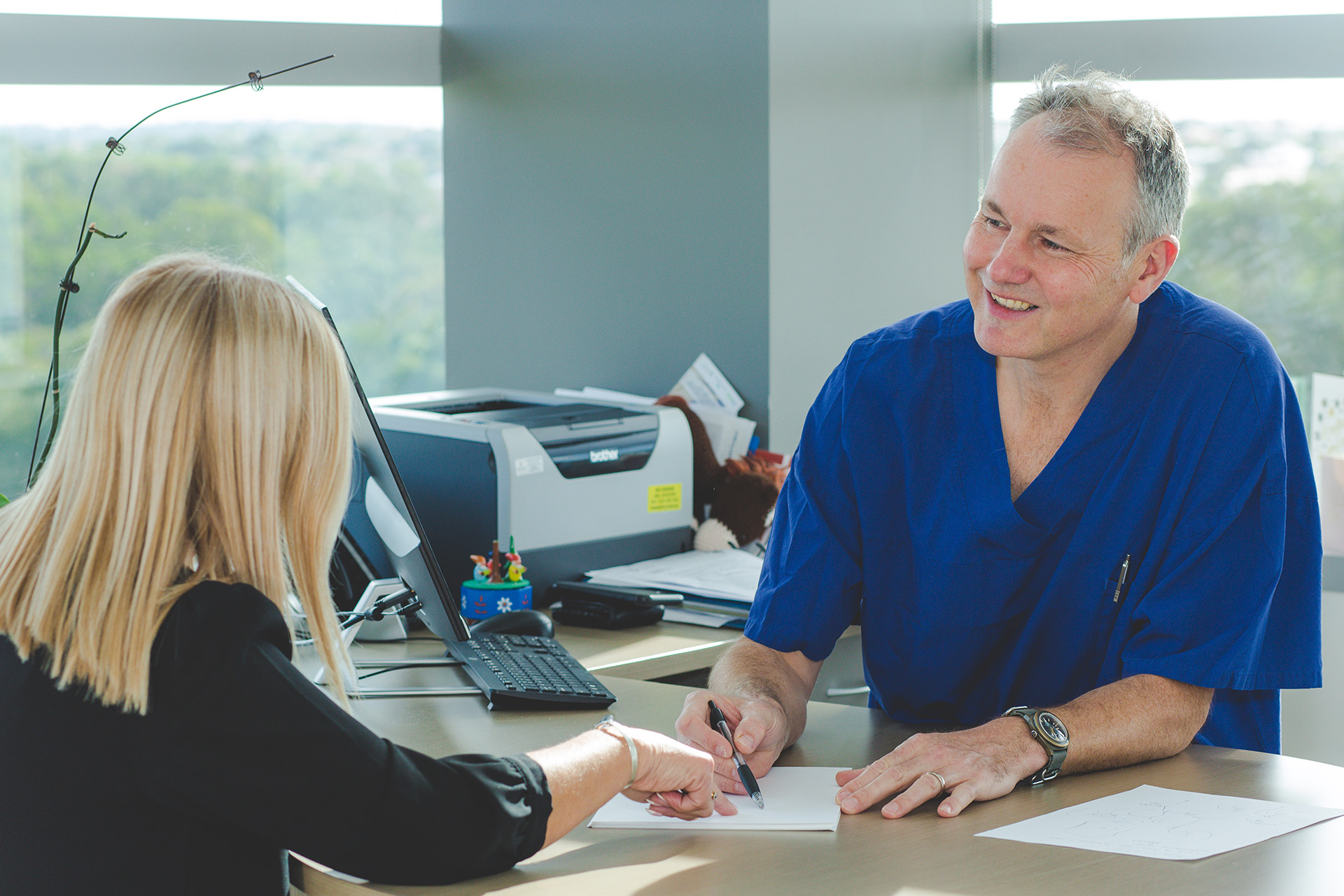 2011 Member of Board of Examiners RANZOG

1998 Member of the Royal College of Obstetricians and Gynaecologists London